Although there were rumours of a potential Vanguard Veterans dedicated transport, perhaps we could come up with a way to give meaningful extra armour to the Rhino/Razorback kit.

Forge World has two kits out just for this. 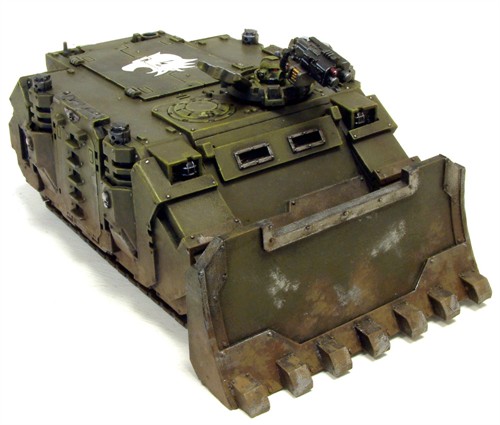 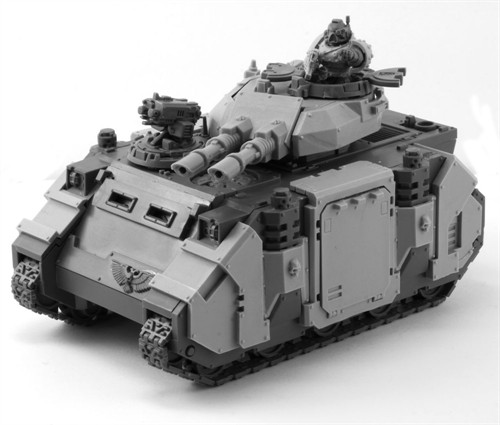 Follow with me for this as the first is named the dozer blade upgrade that is called a siege shield that you would see on Vindicators. For Vindicators, this automatically passes dangerous terrain tests (for 10 points). This presumably has nothing to do with their front armour surprisingly then. Turning to the Predator entry, it says that "it completely surrenders transport capacity for much improved frontal armour..." (C:BA, 2009, p. 35). Extra armour as used today goes back to the last century where crew stunned results are turned into crew shaken. After your opponent has actually penetrated your vehicle, there is only a 16% chance they will end up with a die roll of 3 to make this work. The Extra Armour cost is a whopping 15 points for the ability to continue moving the next turn. Surely there is a better way to do this or to add armour to vehicle transport that be a bridge between the regular Rhino and the Land Raider.
Posted by brent at 5:09 PM